One of Ireland’s Best Managed Companies! 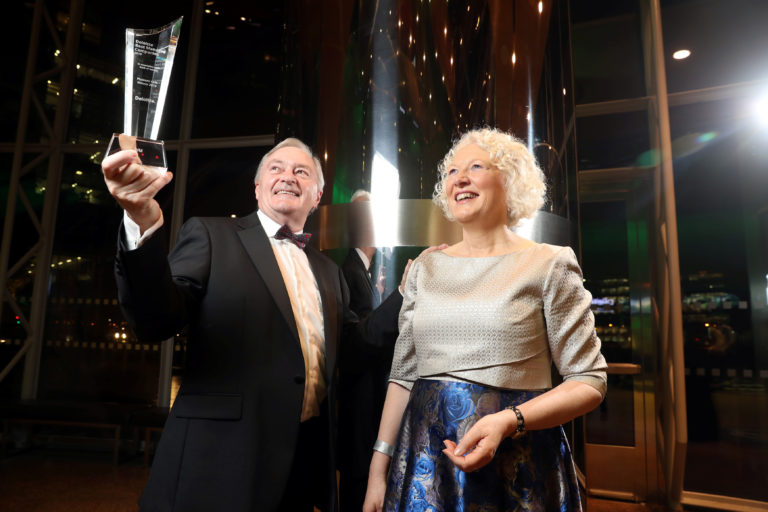 TVM Ltd has been named as one of Ireland’s Best Managed companies in the Deloitte Best Managed Companies Awards programme, in association with Bank of Ireland. The company, which demonstrated superior business performance for the seventh year running, was recognised at a gala awards dinner in Dublin on 1 March 2019. Having been Gold Standard winners over the previous six years, TVM have this year been awarded Platinum Status.

The Deloitte Best Managed Companies Awards Programme, in association with Bank of Ireland, recognises indigenous Irish and Northern Irish companies across Ireland which are operating at the highest levels of business performance. This year, 12 new companies join a network of 136 companies that were awarded the status of Best Managed. The Best Managed Companies network this year has total revenues of almost €11 billion, export sales of almost €3 billion and total employment of approximately 44,000 people.

2018 was an exceptionally busy year for TVM with broadcasts for Ed Sheeran, Pope Frances, Other Voices, Ireland’s Fittest Family, Today Show, Party-Political Conferences, the All Ireland Football and Hurling Championships, 6 Nations, Heineken Champions Cup, Euro 2020 Draw, The Open Golf, European Swimming Championships, some of the biggest events on the TV calendar and each one benefited from the expertise and professionalism of Television Mobiles (TVM).

Commenting on the award, Bart Arnold, CEO of TVM said: “This is a great achievement to have been honoured with the Deloitte Best Managed Company Platinum Award for 2019. The process is a rigorous one, examining every facet of the organisation and independently evaluating the calibre of management abilities and practices. It is testament to the fantastic people that make up this wonderful team, delivering hours of programming with commitment and focus every week.”

Anya Cummins, Partner, Deloitte said: “Well done to all of the winning companies on their achievement. The Best Managed Companies process is a rigorous one, examining every facet of an organisation, and the bar is set high by our judging panel. As ever, the spread of companies, right around the country and across a number of industries, underlines the importance of Irish and Northern Irish companies to the economy and in the midst of economic uncertainty, technology disruption, an open competitive market and full employment, the continued strong performance of these businesses is admirable. In the current environment, it is important for this contribution to be recognised, supported and showcased.”

Tom Hayes, Chief Executive, Bank of Ireland Corporate Banking said: “It’s a challenging time for businesses in general, with the operating environment consistently and rapidly changing, due to technological developments, new ways of doing things, and challenges on the macroeconomic horizon. The Best Managed Companies this year have demonstrated that they can optimise each area of their business while always operating with an acute awareness of their environment, recognising the opportunities of expansion into global markets, in addition to strategic alliances and partnerships. I look forward to their continued growth.”

We had a brilliant evening recently celebrating with our team in @ballyvolanehse
Beautiful venue, excellent staff, mouthwatering food & of course the famous @berthasrevenge

It was great to get back to a Christmas party after a few years without…and it was worth the wait!🎄

All systems go here for the 2022 @EY_Ireland Entrepreneur Of The Year Awards. Watch the awards Live on YouTube from 17:30 (http://youtube.com/watch?v=oifFMA…) or on @RTEOne at 11.30pm